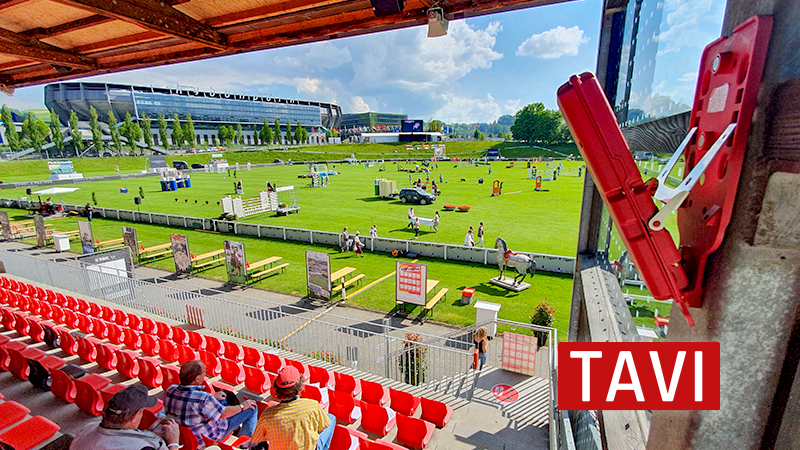 The CSIO in St. Gallen is the most important equestrian competition in Switzerland. The event was held as a pilot project in 2021, where 1000 guests were allowed to visit the site every day. The organizers implemented a strict health protection plan, of which an important component was TAVI, the contact tracing solution from RACE RESULT.

All persons wore a passive transponder inside their badge. 100 Track Boxes were set up across the entire site. In this way, the system could automatically record who was in the same area with whom and when. Anyone wishing to enter the event site had to show a negative test, be vaccinated or have recovered.

In addition, the horses were also equipped with transponders. A highly contagious herpes virus is currently causing problems for equestrian sports. In the event of an infection, it is also important to track contacts between the animals and thus prevent the virus from spreading.

“We want to prove that we can hold large events. With the protection concept, we are doing everything we can to ensure that the entire event industry can benefit from it”, told Marco Sesser, Head of Infrastructure at CSIO to the Swiss television.

TAVI not only fulfilled its purpose in the context of the pandemic. It can also be used to monitor access restrictions for specific areas. At equestrian events, these are mainly the stables (to which only certain people have access), VIP areas or the arena infield. The TAVI data can be used to monitor live whether people have gained unauthorized access. Such access can also be prevented with additional equipment.

“With 100 track boxes and 4000 transponders, this was our biggest TAVI event to date. We were able to show how simple and reliably the solution works”, summarizes Hanno Maier from RACE RESULT Swiss, who planned and implemented the project.